Tier 2 - "Top Prospects in the State"

Prospects in this tier:

- have shown the ability to be full-scholarship FCS football players out of high school
- have shown the ability to be preferred walk-on FBS football players out of high school
- will commonly receive full scholarship offers from the two in-state schools while also receiving interest and/or scholarships from out-of-state FCS programs
- may NOT redshirt if they sign with a FCS school
- should push for playing time early (true freshman or redshirt freshman year) either on special teams or in a rotation (depends on position)
- players in this tier are commonly referred to as "one of the top prospects in the state" when brought up in conversation by media/coaches
- demonstrate a mismatch on tape in athletic ability, size, smarts, and technique while on the field in high school but not as consistently as Tier 1
- commonly have been selected All-State multiple years at their position(s) during high school
- 100% get selected as starters for both the Badlands Bowl and Shrine Game
- have potential to be multi-year all-conference players at the FCS level with the possibility of being named All-American at least once

So are there any Tier 2 recruits in the state?

I would say Taco Dowler out of Billings West 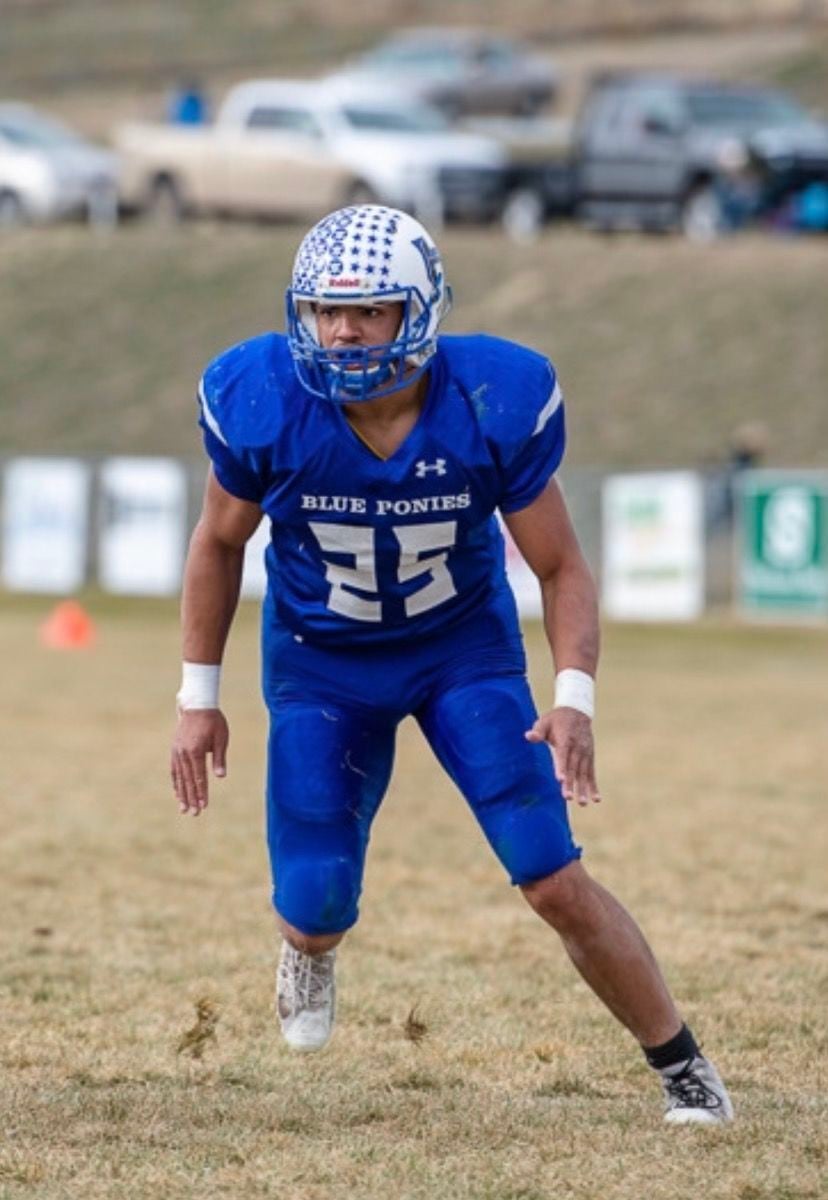 .39 - Shows his explosiveness on the edge and flushes Laurel QB Eli Aby to the left before finishing with the sack.
1:17 - Swallows up a RB in the backfield while sifting through trash.
1:36 - Can't reach the QB in time but still makes an impact play by batting the pass.


Kellen arguably has the best measurables out of any player in this recruiting class. His height/weight/speed combo make him an absolute perfect fit as an edge defender at the next level. Kellen is still raw as a football player as his superior physical attributes and springy athleticism gave him clear advantages in high school. He'll need a few years to develop technique but his athletic profile is very similar to a former NFL Griz: Zach Wagenmann. Need proof? Watch Kellen's basketball highlights as a power forward then turn on the football film. 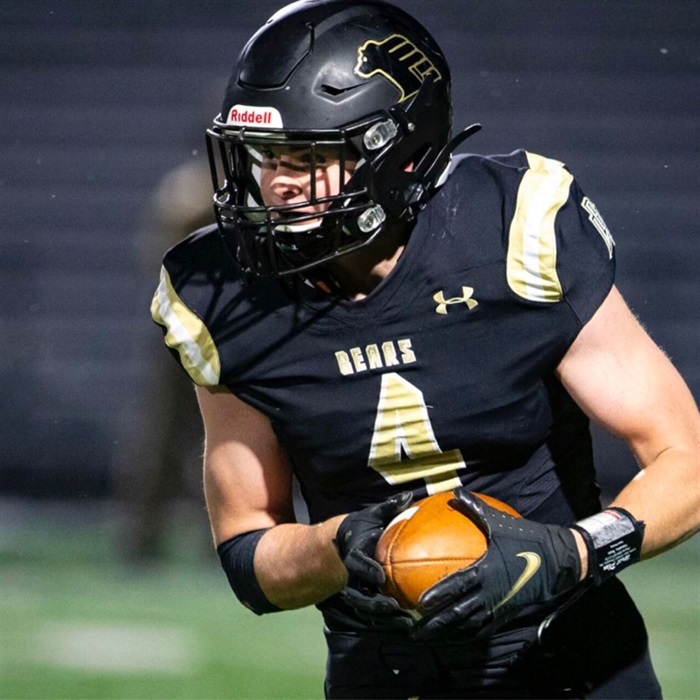 .40 - One handed grab close to the sideline shows just how athletic and talented he is if he ends up on offense in some role.
1:30 - This is an outstanding rep in pass coverage from Neil just in terms of understand his coverage area mixed with reading the QB.
5:10 - Doesn't take the bait on the zone-read, flies to the ball carrier, and finishes the tackle with aggression.


First thing I wrote down while watching Neil's junior film was "poor man's Troy Andersen". This is in no way a slight to Neil as it means he has similar traits to Troy with the exception of all-league speed. Neil's a long, smooth athlete that can drop into coverage, rush from the edge, or blitz up the middle. He could have a future as a tight end as well but I believe his future is on defense where his athleticism and length make him an incredibly intriguing prospect at the next level. 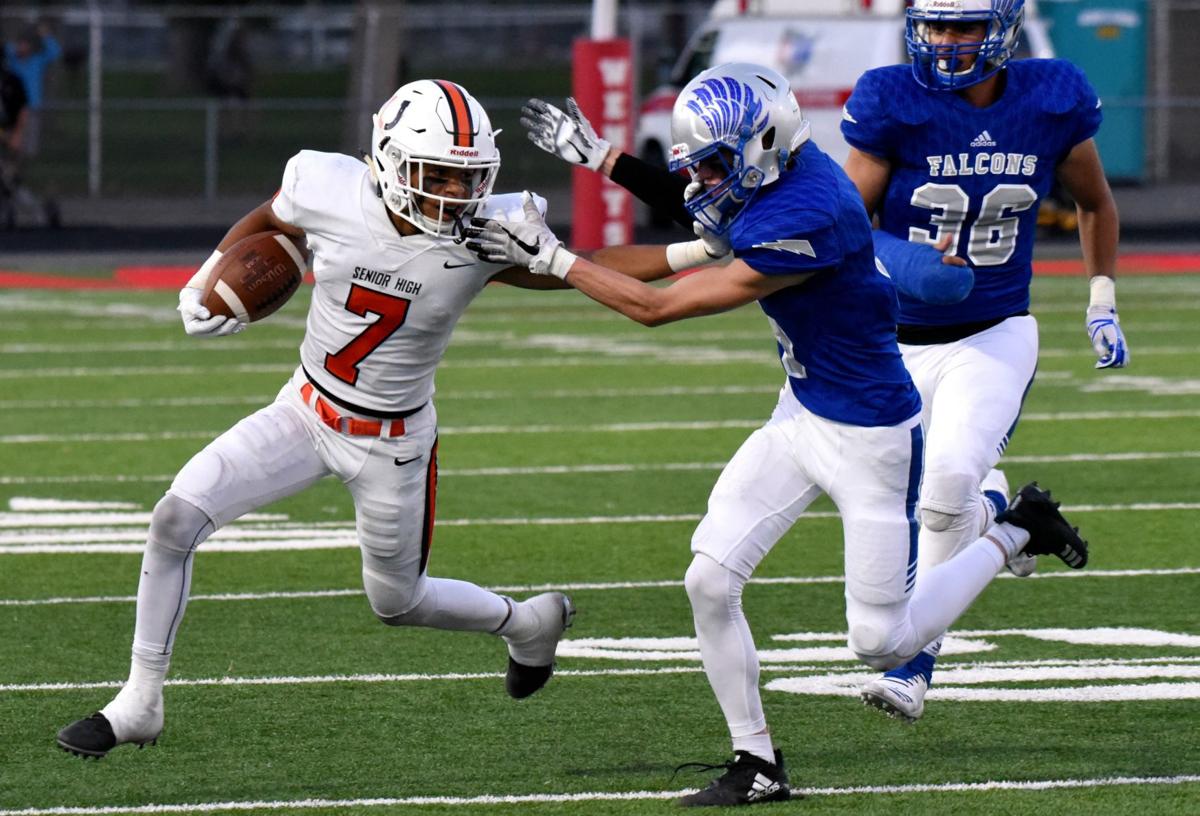 .12 - The sheer determination it took to work through those tackles on this play and then being able to take it to the house tells you a lot about Junior.
1:00 - Agility and burst in the open field mixed with his vision lead him to a long score here.
5:07 - Shows toughness in run support.


Junior is the type of player that gives opposing coaches nightmares due to his game-breaking talent. Not only does Junior make people miss in the open field, but he also plays above his weight class as a runner having no problem running through a defender if needed. He can also go up and bring down contested catches at a fairly high rate. As a defender, his tackling will need work at the next level but its sufficient. Junior is quicker than fast which is why I think his best path will be on the inside as either a slot receiver or nickel corner. These two positions highlight his best traits: agility and toughness. 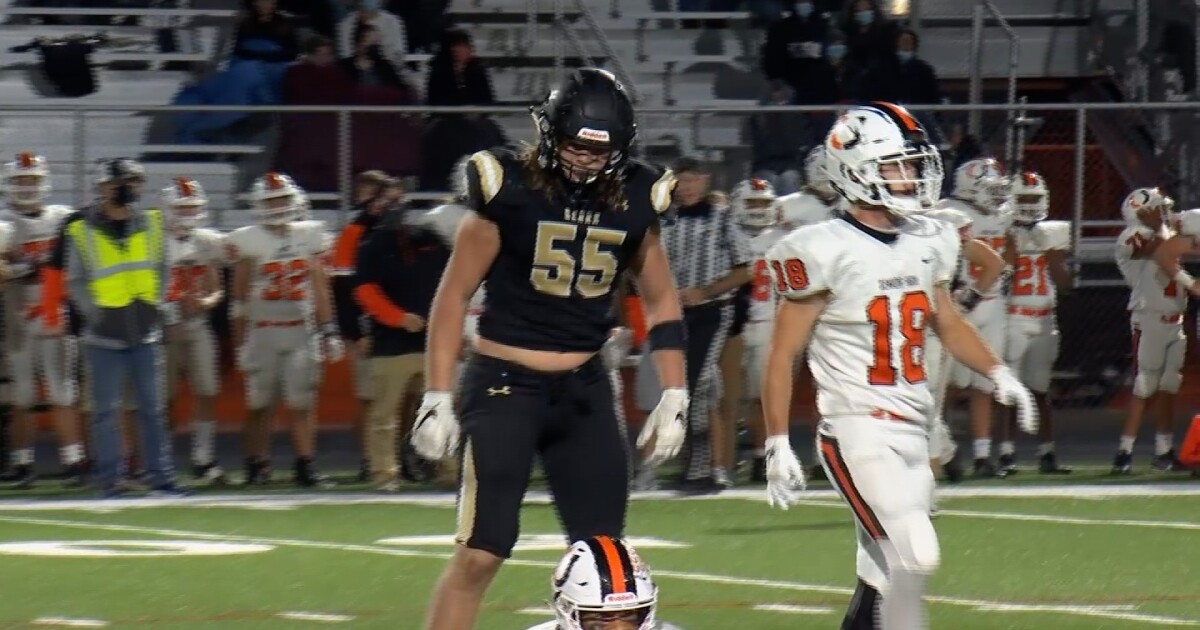 .42 - Backfield wrecker
.54 - Downblocks Dylan Rollins then continues on to pancake a safety
4:51 - Stands up John Brown, reads run, shakes him, and makes the tackle at LOS


Paul turned into one of the best players in the state during his senior season and was arguably the best player on the field during the 2020 AA State Championship game. His combination of effort, length, and strength made him a force on the defensive line in AA. Paul's frame and lack of explosiveness will likely push him inside at the next level where he'll still have a bright future. If he can continue to add weight, he'll be an early contributor in Bozeman. 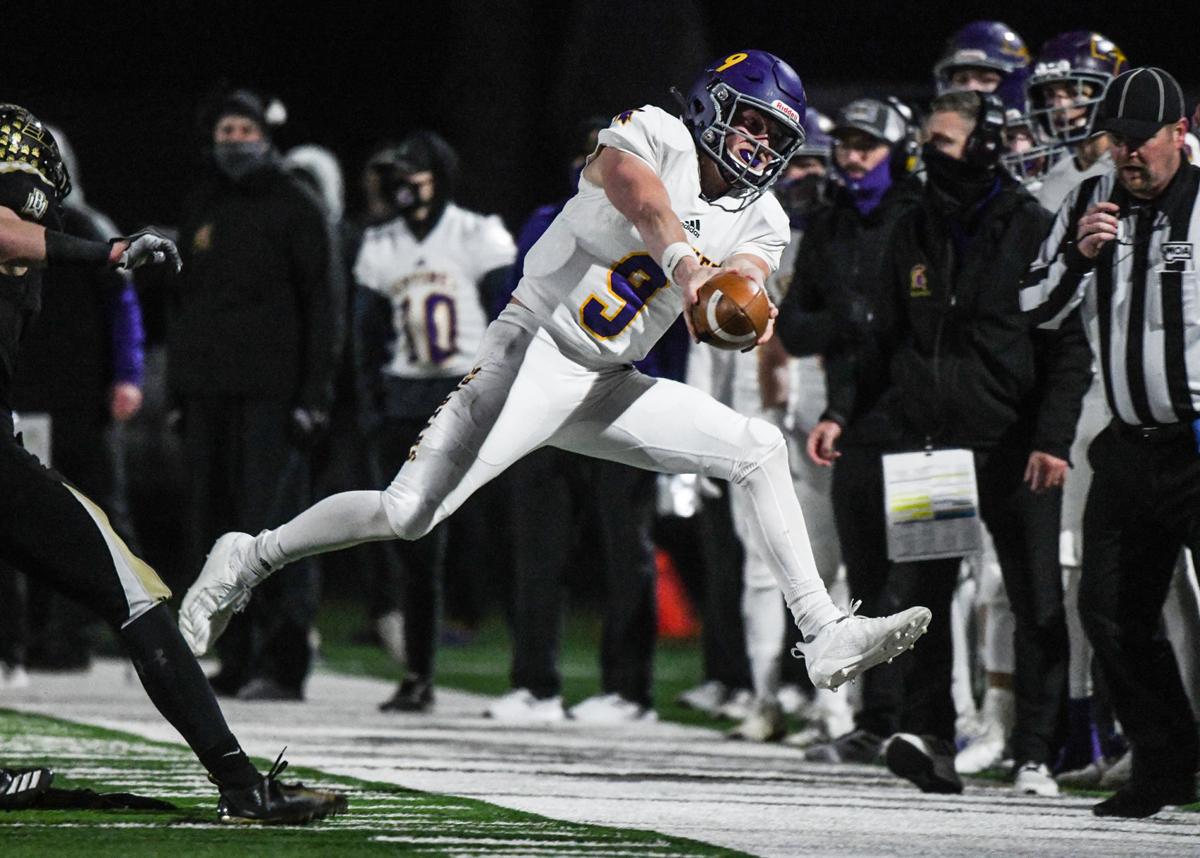 .32 - Timing was off at the start of the route but Camden's velocity and placement on this throw were perfect.
1:11 - Goes through his reads and drops a great throw over the defender for a nice gain.
1:50 - Escapes through the trash for a touchdown.


Transferred to Missoula Sentinel for his senior season and went on to be the AA Offensive MVP while leading the Spartans to its first AA football title. Camden is a dual-threat quarterback who's running ability is currently ahead of his throwing ability. He definitely doesn't have a weak arm as he can add some extra velocity when needed but improved accuracy to all three levels of the field will be needed to have a chance at UW.


Elijah is an explosive football player with the ability to stretch the field from the tight end position. He has outstanding after the catch ability as a receiver and improved a lot as a blocker by the end of his senior season in 2020. Elijah has an outstanding combination of measurables and traits that should lead to quick development early on at the next level. He does show some decent ability as a rush end but I believe his best shot to compete is on offense.

Was is surprising that Camden Sirmon chose to walk on at Washington? Was he offered (full scholarship) by both MSU and UM?

The Butcher wrote: ↑
Mon Jul 12, 2021 12:34 pm
Was is surprising that Camden Sirmon chose to walk on at Washington? Was he offered (full scholarship) by both MSU and UM?

He committed to UM as a PWO last year. Didn't receive a scholarship from either school (UM/MSU) I don't believe. The Sirmon family has connections to UW and they offered him a PWO to play QB. So he decommitted from UM and went to UW. However, I think those doors are going to stay open if he doesn't make it at UW. Hell of a player.